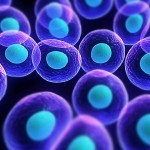 In the previous article, we talked about living entities. The focal question of the article was clear:

We know many characteristics of living things. Are all of them necessary condition for an object be considered as a living entity?

(I use the verb consider intentionally. Just to emphasize on the subjectivity of this concept).

Before going any further, let me remind you of biological organisation. It’s always supposed that biological hierarchy starts from atoms and macromolecules and continues with cells, tissues, organs and organisms.

It’s crystal clear that all the entities we consider now as “Living Entities” are composed of biological cells. I mean amoebas, plants, animals and humans have one thing in common: they are all a simple or  a complex structure made of biological cells.

But is it really a necessary condition for a living entity to be made of biological cells? I don’t think so.

It’s just for about four centuries which we are familiar with cell concept. Just before Robert Hooke and his well-known microscope, we have had no idea about cells or cell theory. But it’s for thousands of years which we are able to recognise between dead than alive conditions. Even plants were considered alive since centuries ago before we know anything about cells.

Sure advances of technology and new inventions, helped us to see many other living things we were not able to see or analyze them before. But seems that correlating concept of “biological cells” and “living entities” is kind of overgeneralization.

So I mean, if we are going to define the living state, we can forget parts of our present knowledge and go back to years before Hooke. Even if I do not know that whether your body is built of cells or not, still I can firmly differentiate between you and your sculpture!

Is there any factor which we can consider as a principal and necessary condition for any object to be considered alive?

If you ask my opinion, I would say:

Yes! There is! This is the good part of the news.

But the dividing line is a bit blurred! This is the bad part of the news.

From my point of view, unpredictability seems to be more profound characteristic of living entities. But how can we distinguish between predictable and unpredictable entities? Is it a yes-no question? Sure not.

In the next articles, we will touch concepts of emergence, complexity and chaos. Just as an effort to have some understanding of the concept of predictability.

You can read the rest of the story in my article titled predictability and the living things.