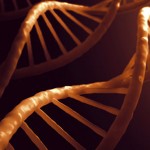 We interchangeably use the words replicate, reproduce, and duplicate in daily language. However, these words have subtle differences, especially if you want to use them in software, complex systems, and biology.

Replicate and duplicate are very close in meaning and, in most cases, can be used interchangeably. But duplication has a nuance of copying, while replication is more close to creating the same thing with a separate identity again.

For example, when you make a copy of your license or get a second one after losing the original, you have a duplicate of it in hand. In the same way, when you read an argument in a book and republish it on social media, you are replicating the original content.

Here are a few examples of using duplicate (copy) in sentences:

But when you read an study and try to do it again precisely in the same way, you are replicating it. It’s called replication because it has a separate and independent identity despite using the same method and procedure. You are either confirming or rejecting the original study with your replication study. So here the research is replicated and not duplicated.

Reproduce vs. Replicate | Examples from the IT & Software World

You can guess the difference if you are working in the information technology and network infrastructure field. There are hardware devices called replicators, whose function is to receive a data packet and deliver it elsewhere. The receiver collects packets in such a way that there’s virtually no way to spot the difference between the primary source and the replicator. Replicators, also available as software, are used for long-range data transmission. 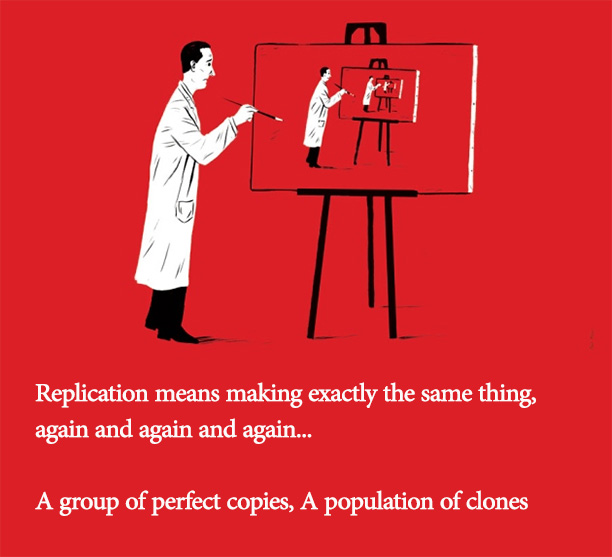 Now let’s talk about reproduction. Again in the same context: software and information technology. You always hear from software developers that they are trying to reproduce a bug. What do they mean by that?

They mean that the user has faced a problem while working with the software. And although they don’t know the reason behind the problem, they play with the code and the interface, hoping that the problem will happen again and they can analyze and solve it.

So when we are talking about reproducing a bug, we are not going to make exactly the same problem again. There can be minor differences, and reproduction would still help detect the bug’s source.

Reproduction, in this sense, means the process of creating a very similar but not exact copy of something.

Having the above example in mind, now you understand why we say humans and animals can reproduce themselves. We don’t use the term replicate, as the children are not precise copies of their parents.

Let me restate the difference between replication and reproduction in other words:

Here you can see a few examples of the word reproduce (process of building a similar copy) in different sentences:

Reproduction and Replication in Biology

Just imagine if every single cell was replicating itself or if all of the species were replicating themselves. There was not any kind of evolution on the planet: No change, No improvement, No growth, No chance for the emergence of the new species, No life!

As I have emphasized in the definition of the living entities:

But is the story as simple as it seems? Unfortunately not!

In the core of every living cell, RNAs just replicate themselves: Considering reproduction vs replication we can say every living entity has to find some way to get closer to the reproduction concept.

This is one of the reasons I am so optimistic about the social networks as a trick for making the cyberspace more alive. Comparing them with the printed content and even digital contents in the websites, social networks are more prone to human and technical errors in quotation and replication, which can move the digital world one step further from the simple mechanical replication process.