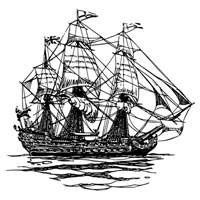 The paradox of the Ship of Theseus, also known as Theseus’s paradox, is one of the most brilliant ancient thought experiments dealing with the concept of identity. In this article, I will explain the story of the Ship of Theseus and we will explore some of the common debates and arguments about this subject.

The story of the Ship of Theseus

Before delving into details, let’s read the original version of the ship’s story as appeared in Plutarch’s book (+/+):

“The ship wherein Theseus and the youth of Athens returned had thirty oars, and was preserved by the Athenians down even to the time of Demetrius Phalereus, for they took away the old planks as they decayed, putting in new and stronger timber in their place, insomuch that this ship became a standing example among the philosophers, for the logical question of things that grow; one side holding that the ship remained the same, and the other contending that it was not the same.” 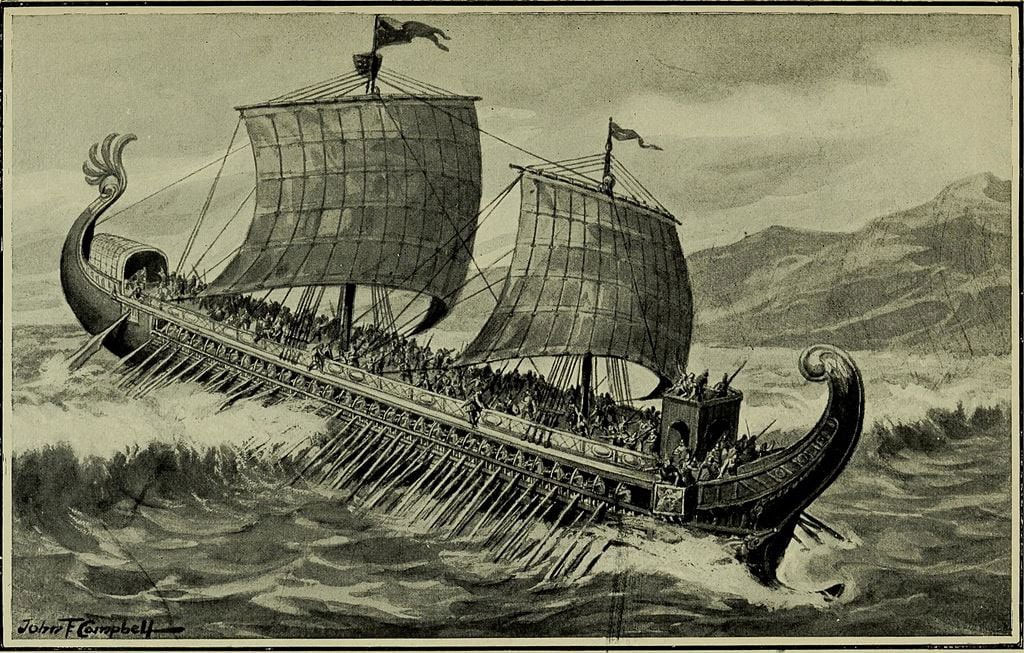 The Pluratch’s story is the first known appearance of the Ship of Theseus’ Paradox or Theseus’ Boat as it is sometimes called. Let’s sum up the story:

The simple form of Theseus’ paradox

We’ve had a ship and, over time, have changed its parts one by one so that now, we still have a ship. But the question is whether it’s the same ship or a new one, entirely similar to the old one.

Or let’s put it in other words, as Brian Garret did (+): Can a ship survive the total replacement of its parts?

The story of the Ship of Theseus illustrates various possibilities and paradoxes of identity over time and has attracted the attention of many great philosophers for centuries. Heraclitus, Plato, Hobbes, and Locke are among many thinkers who have discussed this story in one way or the other over the course of the last two millennia.

The second form of the Theseus Paradox

Thomas Hobbes, the great philosopher of the 17th century, posed a new paradox based on this old story. We can call it the second form or the complicated variation of the paradox:

The second form of Theseus’ Paradox

Let’s suppose that Athenians piled up the old pranks somewhere, and later on, someone built a ship with them. Now we have two ships docked next to each other. A new ship that right now carries the crew on the voyage and a ship with all old original parts. Which one is the real Theseus’ Ship?

The second form of the paradox is more helpful in discussing the concept of identity. Thus in the rest of this article, we will stick to the second variation. Just to make it easier to refer, in the rest of the text, I’ll use the term voyaging ship to denote the ship that started the voyage and has the crew on it, and the term assembled ship for the other ship, the one built with old parts.

Importance of the Theseus Paradox

Identity is one of the concepts which many metaphysical models of the world rely on it. When you believe that every human has a never-changing identity, it seems more reasonable to have a dualistic view of humans: body and spirit.

The answer to the Ship of Theseus paradox

To discuss the paradox, it would be easier to quantify the case. Let’s suppose the voyaging ship has 1000 pranks, and on the voyage, they are changed one by one.

After changing the first prank, what do you think about the identity of the ship? Is the ship still Theseus’s Ship? Most probably, you would say yes. It’s still the same ship. If the side mirror of your car falls down or if you injure one of your fingers and the doctors amputate it, you are still the same person. In the same way, we may lose one tooth and implant a new one, and no one would believe that we have changed our identity.

The problem arises when we change most of the parts, e.g. 900 pranks or 950 pranks, and so. In this case, the paradox seems meaningful: Is the voyaging ship still the original ship?

Now we can put forth another question: exactly from which prank did Theseus’ Paradox become meaningful and relevant? 200th? 300th? 501th? 900th?

Here’s where a person with Wittgenstein’s worldview can give you an answer: The ambiguity does not come from the ships but from the question itself. We ask whether the current voyaging ship is the same as the original ship. And we forget that sameness has not a clear meaning in our case. We have taken out the word from our daily language and put it in a philosophical context (+). So the problem lies in the question itself. And we have just to ask ourselves: is sameness a meaningful term in such a context? It seems not.

A similar paradox in another world

If the Ship of Theseus is too far from your daily experiences and you feel you do not have any intuition about it, there’s a more approachable case. This case is brought up by Shane J. Ralston in KISS and the philosophy (I use my own story and narrative, but with the same essence).

Consider a music band named X consisting of four members. One of the members leaves the band and starts a separate band with another name. The first band finds a substitute for him and continues for a few years without losing popularity. After some conflict in the band, another member separates from the band and joins the band of the old friend. Over the course of a decade, the story happens two more times. Now we have the X band without the original members and a new band with another name but the original members. Which is the real X band?

Here, each member has their own identity, so the nature of this paradox is different from Theseus’ Paradox. But still, it gives you some feeling about the challenges around the identity concept. And the answer to this paradox is similar to the original paradox. It revolves around the meaninglessness of sameness. 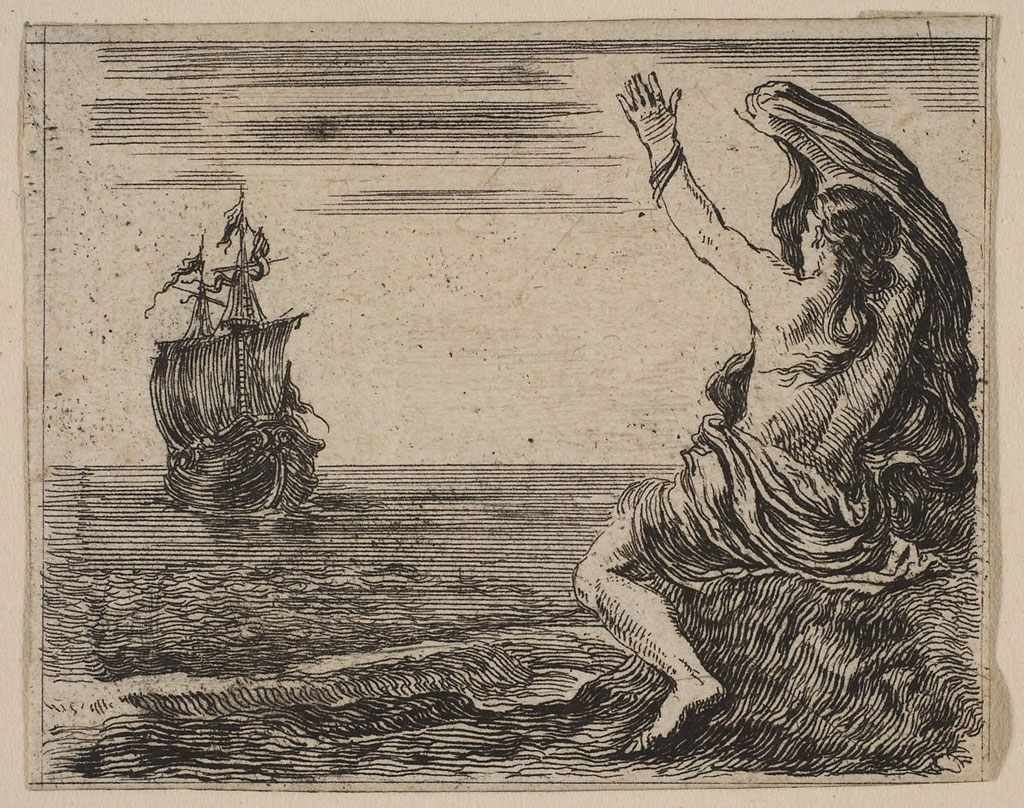 Theseus and Ariadne, from ‘Game of Mythology’ (The Metropolitan Museum)

We don’t know the answer. As mentioned above, what we know about the ship comes from Plutarch’s book. You can find the original text in the archive of Tufts University or MIT’s classics archive. Thus regarding the whereabout of the ship, we can say, according to Plutarch, the ship was stored in a museum in Athens, and we have not any further information about its destiny.

Which term is correct: Theseus’ Paradox or Ship of Theseus?

But in case you are sensitive to language delicacies, it’s better to use «Theseus’ Paradox» for the general paradox of identity continuity and consider «The Ship of Theseus» as one of the physical manifestations of the case. As you have seen in the KISS case above, this paradox can have various manifestations in different realms.

Does Theseus’ Paradox have any meaning or application in the age of technology?

Unlike many old stories and paradoxes that are irrelevant today, the Ship of Theseus Paradox is even more relevant to our contemporary challenges and concerns. Nowadays, the question of identity has just gotten more complicated: How does identity relate to change, augmentation, and enhancement? What does Theseus’ story have to tell about the challenges of post-humanism and trans-humanism?

What are the other articles worth reading regarding this paradox?

With a brief search on the web, you will find different versions of the paradox and various debates over it. Here are a few articles I’d recommend checking out: