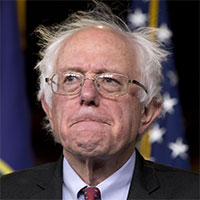 Such a tweet can be considered as a vivid description of the current state of the politics without considering any specific context, even beyond the United States political landscape.

So it seems that I’ve to change my mind about the term “evergreen tweet”. Most descriptions of the politics can be considered timeless and evergreen, especially if they are talking about corruption, incompetence, and disgrace.