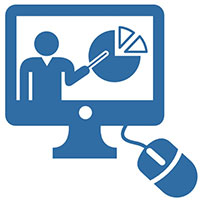 Short reports and stories compiled into a chapter

Clive Thompson, in his interview with mindfulness, criticizes and belittles analysts as persons who leave the facts behind and just speculate about future. But in many parts of his book, he also takes up the analyst role and talks about the technology in the same way as the analysts he criticises.

The chapter on the digital school is an exception. This time it seems he not sure to judge the current state or predict the future trend. This chapter is merely a compilation of some facts and stories, with a positive and optimistic narrative, of course.

Smarter Than You Think - Digital School

… Other teachers are even more aggressive about inverting their classes: They assign videos to be watched at home, then have the students do the homework in class, flipping their instruction inside out.

… A video can often be a better way to deliver a lecture-style lesson, because students can pause and rewind when they get confused – impossible with a live classroom lesson.

In contrast, homework is better done in a classroom, because that’s when you’re likely to need to ask the teacher for extra help.

The classroom hasn’t changed much over the years. Over the centuries actually.

… As various educational analysts have joked, if you brought a bunch of surgeons from a hundred years ago, into today’s hospitals, they would have no idea what was going on, because everything about their craft had evolved: antibiotics, laparoscopic devices, MRIs,

But time-traveling teachers would have no trouble walking into an elementary school (or even Harvard) and going to work, because schools are nearly identical. Walk to the front of the class, pick up the chalk, and start lecturing.

[On the importance of tracking student’s progress]

Khan’s videos are the most prominent part of the system.

But they’re also the least innovative one.

They’re still pretty much just traditional lessons and lectures, albeit ones that can be consulted and re-consulted worldwide, at any time.

What’s new is how teachers use the Khan Academy to track progress.

Teachers are an inauthentic audience. They aren’t necessarily interested in what their students have to say; they’re just reading as a part of their jobs. A writer is being forced to write for an audience that’s being forced to read.