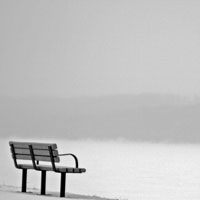 A chapter with an optimistic view on the cluttered-communication era

In this chapter, Clive Thompson tries to devaluate negative judgments about the new style of communication. A communication which is based on tiny bits of information embedded in tweets or Instagram captions or other social media status updates.

Quoting Kranzberg, he says, “Technology is neither good nor bad, nor is neutral.” Thus each tool needs to be carefully scrutinized on its own merits.

Smarter Than You Think - Ambient Awareness

Social scientists have a phrase for this type of ESP: “ambient awareness.”

Ambient awareness is, they say, almost like being in the same room as someone and picking up on his mood and thoughts by the stray signals he gives off.

You create a picture of someone else’s internal state gradually, almost unconsciously, by assembling many small observations.

How the total image emerges from tiny bit of social information

Mizuko Ito, a cultural anthropologist, first noticed this effect more than ten years ago while studying text messaging in Japan.

Ito talked to young Japanese couples, all of whom lived in separate apartments (and in one case, separate cities).

She found that the couples who trade short messages all day and night to establish a sense of connection.

They’d ping each other with tidbits like “I guess I’ll take a bath now,” “Just bought a pair of shoes,” or “The episode today sucked today, didn’t it?”

One young businessman jokingly described his text messages to his girlfriend as “mutterings” and the responses he got as “mutterings in reply.”

This is the paradox of status updates.

Each little update – each individual bit of social information – is, on its own, pretty insignificant, even mundane.

But taken together over time, the snippets coalesce into a surprisingly sophisticated portrait of your friend’s inner lives.

… “It’s an aggregate phenomenon,” Marc Davis, a partner architect at Microsoft, tells me. “No message is the single-most-important message.”