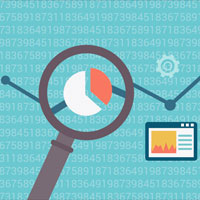 All new technologies derive from a combination of existing technologies. (Quoted from Brian Arthur).

With the coming new tools, we’ll be able to create our visions on demand.

It will take only a few seconds to generate a believable image of a turquoise rose, glistening with dew, poised in a trim golden vase – perhaps even faster than we could write these words. And that is just the opening scene.

At the same time, the cheap and universal tools of creation (megapixel phone cameras, YouTube Capture, iMovie) are quickly reducing the effort needed to create moving images and upsetting a great asymmetry that has been inherent in all media.

We tend to think the tiger represents the animal kingdom, but in truth, a grasshopper is a truer statistical example of an animal.

The handcrafted Hollywood film is a rare tiger. It won’t go away, but if you want to see the future of motion pictures, we need to study the swarming critters below – the jungle of YouTube, indie films, TV serials, documentaries, commercials, infomercials, and insect-scale supercuts and mashups – and not just the tiny apex of tigers.

If Hollywood is at the apex of the pyramid, the bottom is where the swampy action is, and where the future of the moving images begins.

The ability to scroll back to the beginning and hear music again – that exact performance – changed music forever.

Songs became shorter on average, and more melodic and repeatable.

In 30 years the most important cultural works and the most powerful mediums will be those that have been remixed the most.