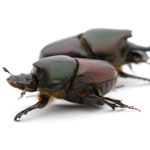 Darwin’s evolutionary view of the world is one of the greatest achievements of the human race.

However, the evolution theory itself needs to be evolved over time to be adapted to the latest scientific developments.

The modern evolutionary synthesis was the first major update to Darwin’s model.

The main idea behind the update was integrating the latest achievements and understandings from biology in the original evolutionary framework. As many biologists believed that the mutation and natural selection are overrated in the evolutionary process.

These new updates are called extended evolutionary synthesis. Although discussions about extending the Darwinian theory has been around for a couple of decades, last years, the Royal Society held various meetings and gathering hoping to achieve some consensus among biologists about a new up-to-date version of the  Darwinian model.

You can find a simple yet reliable account of the recent meeting of the prominent biologists about the extended evolutionary synthesis in Quanta Magazine. However, as discussions are mostly based on advanced laboratory experiments, they are easily understandable for us as general readers.

Putting aside all biological discussions and challenges, for anyone interested in complex systems, there are still some points that have to be included in the extended versions of the evolutionary framework.

The original idea of evolution is solely based on the competition between entities in an environment with limited resources. Therefore, the natural selection and survival of the fittest are considered as the main driving forces behind evolution in the original and even, extended model.

Despite many helpful descriptions provided by the theory, there’s a very fundamental vagueness in the model: We have not a clear definition of the fitness concept.

Evolutionists talk about survival of the fittest. But when you ask them about the fitness itself, you will hear: the survived species are the species with the highest fitness.

By the way, this is not the only problem with the original model. The science of complex systems tells us that even in the absence of the competition and the limited resources, still, the environmental constraints can push a complex system to adapt itself to the environment through self-organization.

This self-organizing capability in complex systems is close to the plasticity concept used by evolutionist biologists.

It means, from the complex systems point of view, for any complex entity, there’s a combination of competition and adaptation that pushes the system through the evolutionary path.

So, whether we call it an update or extension, we should hold in mind that any evolutionary model of a system has to consider two inherently different components.

Despite all the above discussion, critics of Darwinian theory should not be so happy. Even with these updates and challenges, Darwin still holds the highest position in the hierarchy of all scientists who have ever tried to describe the phenomenal emergence of life on the planet.