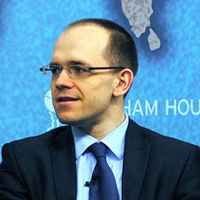 As I’ve written before, Evgeny Morozov is one of the widely recognized authorities and influential critics of the technology.

Morozov, a  Visiting Professor at the Stanford University, has focused his writings and speeches on the political and social implications of technology.

He dubbed solutionism for his most famous critic of the technology culture and Silicon Valley as one of its most vocal proponents.

He has written two books about this concern. The first one, titled “The Net Delusion” published in 2011 was describing the dark side of internet freedom and the new generation of values promoted in digital life.

Four years later he published his second book on the same concern. The book was titled “To save everything click here.” However, instead of aiming at policymakers, this time he focused on the technologists who believe that there can be an app for solving every single problem.

Here you can see a 20 minutes video in which he describes his idea about technological solutionism. This speech is delivered in DLD, an annual conference held in Munich exploring the ways digital technology changes our life.